Foods With Flavonoids May Help Some Men Ditch the Viagra

Men may be able to reduce their risk of erectile dysfunction by consuming certain foods, including red and purple berries, citrus fruits and red wine. All of those foods are rich in certain flavonoids, which a new study suggests may help prevent the condition. 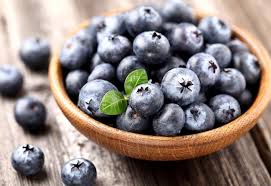 The study, which followed more than 25,000 men for more than two decades, also found that the risk of ED dropped when men ate more fruit overall, according to the report published Wednesday in The American Journal of Clinical Nutrition.

“Essentially these were quite moderate amounts of fruit, a little more than three portions a week was associated with a 14 percent reduction in risk,” said the study’s lead author Aedin Cassidy, a professor of nutrition at the University of East Anglia in the UK. “Most of the work we do relates to diet and heart disease. What’s interesting is the same process causes erectile dysfunction.”

The men described in the new report were enrolled in a larger study called the Health Professionals Follow-up Study. Cassidy and her colleagues from Harvard University, included only men who at the outset in 1986 had not been diagnosed with ED, prostate, bladder or testicular cancer or cardiovascular disease.

Erectile Dysfunction in Young Troops is Way Above Average: Study

This kind of study might offer men a chance to make a lifestyle change that doesn’t involve taking pills, said Dr. Thomas Jaffe, an assistant professor of urology and director of male reproductive medicine and surgery at the University of Pittsburgh Medical Center.

What makes it especially convincing is that there has already been a mechanism worked out to explain how flavonoids help prevent heart disease, said Jaffe, who is unaffiliated with the new research.

Viagra Performs Not Only in Bed, But It’s Good for Your Heart

So, even though this is just an observational study — which means there is no proof that flavonoids are the factor that reduced the risk of ED — it still makes sense to consume more of them, since you’ll still be protecting your heart.

It’s important to incorporate these foods into a regular diet, “a sustained intake, as part of a complete and healthy diet” said Madelyn Fernstrom, health and nutrition editor of NBC News. “It’s not grabbing a handful of blueberries and hoping for an erection.”

Simply put, the study suggests men should “exercise, eat healthy and have a flavonoid shake every morning,” Jaffe said. “Doing those things are not only going to be helpful as it relates to ED, but also as it relates to your heart.”