Opioid Abuse Often Begins with a Prescription for a Pain Medication

Opioid Prescribing After Surgical Extraction of Teeth in Medicaid Patients, 2000-2010

Opioid abuse has reached epidemic proportions in the United States1,2 and often begins with a prescription for a pain medication. Dentists are among the leading prescribers of opioid analgesics,3 and surgical tooth extraction is one of the most frequently performed dental procedures. Surveys suggest that dental practitioners commonly prescribe opioids following this procedure,4 despite evidence that a combination of nonsteroidal medications and acetaminophen may provide more effective analgesia for postextraction pain.5 Little information is available on nationwide patterns of opioid prescribing following tooth extraction. 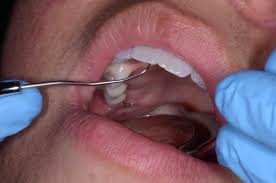 The use of the Medicaid database for research was approved by Partners’ institutional review board and the need for informed consent was waived. We collected data from the Medicaid Analytic eXtract—a national database of deidentified health claims drawn from Medicaid transactions for the years 2000-2010, which were combined for this analysis.6 All patients who underwent surgical dental extraction were included, identified by Current Dental Terminology codes. The cohort was restricted to patients with continuous Medicaid coverage from 90 days before through 7 days following extraction, allowing for up to a 7-day lapse in coverage. We determined the frequency of opioid prescriptions filled within 7 days of extraction and the nature and amount of opioids dispensed. Patients were stratified by age, sex, and type of extraction. Patients who filled an opioid prescription in the 90 days prior to extraction were excluded.

In this large cohort of Medicaid patients from throughout the United States, prescriptions for opioids were filled by 42% of patients within 7 days following surgical tooth extraction. There was great variability in the amount of opioids dispensed for a given procedure, with an approximately 3-fold difference between the 10th and 90th percentile in the oral morphine equivalents prescribed. Although a limited supply of opioids may be required for some patients following tooth extraction, these data suggest that disproportionally large amounts of opioids are frequently prescribed given the expected intensity and duration of postextraction pain, particularly as nonopioid analgesics may be more effective in this setting.5

This study has limitations. Findings based on data from Medicaid claims may not generalize to a commercially insured population. Also, the final year of the study was 2010, and it is possible that dental prescribing practices have changed somewhat since that time.

This common dental procedure may represent an important area of excessive opioid prescribing in the United States. As the nation implements programs to reduce excessive prescribing of opioid medications, it will be important to include dental care in these approaches.

Share this on WhatsApp
Newer Is the United States Prepared for a Major Zika Virus Outbreak?
Back to list
Older Fight Dizziness, Constipation, and Over-eating with Propper Hydration
close