On Death and Money History, Facts, and Explanations

The finding that income predicts mortality has a long history. Nineteenth-century studies include Villermé1on Paris, France, in 1817, Engels2 on Manchester, England, in 1850, and Virchow3 on Upper Silesia in 1847 through 1848. Modern analyses include the Whitehall study of British civil servants, whose status was measured by income,4 as well as similar findings for other European countries.5 Indeed, the mortality gradient by income is found wherever and whenever it is sought. Virchow’s statement3,6 that “medicine is a social science, and politics is nothing but medicine at a larger scale” has lost none of its resonance. By contrast, the medical mainstream, looking back to Koch rather than Virchow, emphasizes biology, genetic factors, specific diseases, individual behavior, health care, and health insurance. 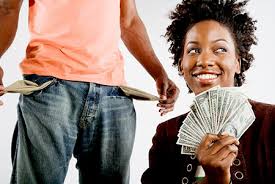 Even if it is true that the fundamental causes of health are social and economic, there is every reason to focus on treatment and health behaviors in a country, even one as rich as the United States, where poverty is intractable and there is little immediate prospect of making the distribution of income more equitable. Even so, a better understanding of how and why higher income levels are associated with increased life expectancy is needed to support any idea that tax and distribution policies could be effective tools of public health and potentially extend life expectancy. Moreover, even if income is not the main factor in the causal pathway, there is immense and justified public interest in the correlates of inequality and in the extent to which the rich not only live better but longer lives. For researchers, the topic is particularly salient today following the National Institutes of Health’s recent decision that research on financial well-being (including cost saving in health care) will no longer be eligible for funding unless the link between financial well-being and health is explicitly established.7

In this issue of JAMA, Chetty and colleagues8 report the relationship between income level and life expectancy by using the complete income tax files (1.4 billion records) from 1999 through 2014, which include age, sex, geographic location, and whether they have died. It seems unlikely that another study of income, location, and mortality will ever have more or better data. The authors collapse deaths and population by household pretax income percentile (measured 2 years prior to mortality), sex, year, age, and selected commuting zones (collections of adjacent counties around cities) or states. Mortality is adjusted for race in a reasonable but certainly not in an unchallengeable way. Mortality rates by age, sex, and income percentile are then combined by calculating period life expectancy at 40 years of age for each percentile of income each year, for men and women, and for a range of geographic areas.

Only a few of the results reported by Chetty et al8 are surprising, although there is more precision and much more detail, especially on interactions between different circumstances. It is already known that individuals with higher incomes can expect to live longer than those with lower incomes and that the relationship is not simply between rich and poor, but is graded by income, hence a gradient. The relationship is clear at each and every percentile of the income distribution. Life expectancy at 40 years of age increases percentile by percentile more rapidly at the bottom, then increasing by approximately 1 year per 9 percentiles of household income for men and approximately 1 year per 20 percentiles of household income for women. As a consequence, the male-female gap in life expectancy at 40 years of age shrinks across the income distribution from 6.2 years in the bottom income percentile to only 1.5 years in the top income percentile. The gaps from top to bottom income percentiles are large: more than 10 years for women and 15 years for men. The rate of change of life expectancy at 40 years of age from 2001 through 2014 is faster in the top income quartile but is positive even for men and women in the bottom income quartile.

The main findings confirm previous work on different samples, sometimes of the same data.9– 11 Not only does the top 1% of the income distribution live longer than everyone else, but the gap in life expectancy at 40 years of age is widening, and there has been little gain in life expectancy among the lowest income individuals living in the United States. The infamous 1% is not only richer, but much healthier. Conditional on reaching 40 years of age, individuals in the top 1% of income have 10 to 15 more years to enjoy their richly funded lives and to spend time with their children and grandchildren, and they are pulling away from everyone else. Inequality in health reinforces inequality in income, and perhaps even a longer life is for sale.

Simple spatial correlations reported by Chetty et al8 confirm standard findings about the importance of health behaviors, especially smoking, obesity, and exercise. Somewhat more controversially, correlations between mortality and unemployment, inequality, income segregation, and various measures related to health access, such as the percentage insured or Medicare spending, are weak or inconsistent. All of these measures can (and in some cases should) be challenged as inadequate representations of what they purport to measure, and are unlikely to persuade many that health care is unimportant or that other measures of environment, such as environmental pollution, are not harmful to health and longevity.

Chetty and colleagues8 are consistently careful to explain what they have done, but there is much scope for misinterpretation, especially for results that have such great public interest. Like other standard life expectancy measures, life expectancy at 40 years of age is a period measure and calculates how long someone can expect to live if current age-specific mortality rates remain unchanged as each individual ages. Yet in the United States today, midlife mortality rates among whites—especially poorly educated whites—are increasing, while mortality rates for older persons continue to decline.12 If today’s midlife cohorts carry their increasing mortality rates with them as they age, the gaps between the rich and poor are likely to widen by even more than is estimated in the article by Chetty et al. To put it differently, if all 40-year-olds in 2001 were followed up until they are dead, it would be possible to measure the actual average of the gap in years lived after 40 years of age between those in the bottom and top income quartiles. Then doing the same for all 40-year-olds in 2014 would most likely reveal that the increase in the gap in actual years lived between the top and bottom income levels from 2001 to 2014 had grown by more than the increase calculated by Chetty et al.

There is a similar issue with income. Just as the calculation holds current mortality rates constant as people age, so is each person’s position in the income distribution implicitly held constant as he or she ages. Consider, for example, a 40-year-old in 2001, who is in the top income percentile. To calculate expected years of life remaining, that person is assigned the 2001 mortality rate for 40-year-olds from the top percentile, the 2001 mortality rate for 41-year olds from the top percentile, the 2001 mortality rate for 42-year-olds from the top percentile, and so on, all of which are then combined into the estimate of life expectancy at 40 years of age for the top percentile in 2001. Although it is true as claimed that there is not much change in income percentile over time, there will certainly be some, so that some individuals in the top income percentile in any year will spend at least some of the rest of their lives in lower-ranking income positions when they will (presumably) experience higher mortality rates. The opposite phenomenon happens at the bottom of the income distribution. Consequently, the calculations overstate the mortality differentials between the top and bottom income levels, at least for actual people in those percentiles. This is not an error, it is just how the calculations must be done, although the everyday language used for these concepts can easily mislead.

Even though the aim of the article by Chetty et al is to document these differences and how they are changing over time, which is immensely valuable and important, it is impossible not to think about moving beyond description to causality and to possible policy based on such an understanding. Even though there is almost certainly some causal role in the relationship between income and mortality, several cautions are necessary in considering the potential policy implications.

First, poor health threatens income. In the United States, many of the poorest people in midlife have long-term disabilities13 and are predisposed to die but not because of their low incomes. Chetty et al mitigate this problem by measuring income 2 years prior to mortality, but mitigation is not the same as elimination and does not address any conditions that persist for more than 2 years.

Second, an income percentile is different from actual income and the former is much less susceptible to policy than the latter. For example, consider a proposal to implement a radical redistribution of income by giving an unconditional basic income grant to everyone, paying for it from an equal proportionate increase in all tax rates. This would substantially increase the income levels of the poor and reduce those of the rich, but no individual’s rank in the income distribution would be changed, and with all income percentiles unchanged, none of the results in this article could help assess the health effects. In the end, it is actual incomes that are important, not income percentiles.

Third, for policy, it is important to consider the role of education or factors, such as forward-looking behavior, that are correlated with education. Indeed, it is possible that much of the correlation with income is attributable to a combination of (1) reverse causality from health to income throughout the life course; (2) the effects of parental incomes on child health and child education, which in turn have profound effects on those children’s health and income in adulthood; and (3) the direct causal effects of education and cognitive function on health and on income, working through better behaviors, greater thought for the future, and a better ability to deal with the health care system. For example, the flatter gradient between income and life expectancy for women may reflect their lower labor force participation and lower earnings so that compared with men, sickness and disability have a smaller effect on their household incomes, which induces a weaker relationship between income and mortality. Health behaviors, such as smoking, are graded by income, differ by men and women in a way that has changed over time, and shape not only health but the gradient between income and health.

These are among the central issues in research on the income gradient and mortality. The report by Chetty et al presents the facts in an extraordinarily comprehensive and complete way, and those facts will need to be confronted by any successful theory of why income and health are so strongly related. The next step is to extend the analysis by including education, which is included on death certificates throughout the period analyzed, and thereby further advance the understanding of the underlying factors in the relationship between income and life expectancy.