Launched in 2005 by President George W. Bush and expanded by President Barack Obama, the US President’s Malaria Initiative (PMI) has been one of the main sources of funding for malaria prevention interventions in sub-Saharan Africa. A new report in PLoS Medicine shows that the PMI has reduced child mortality and the burden of malaria in those countries that have received its funding, primarily by increasing access to insecticide-treated nets, artemisinin-based combination therapy, and indoor residual spraying. 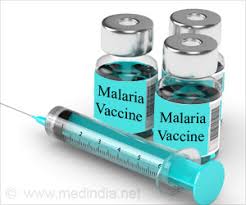 Using multiple publicly available data sources, a team of US investigators evaluated the association between the introduction of PMI and mortality rates among children younger than 5 years in sub-Saharan Africa between 1995 and 2014 in 32 countries—19 of which received funds from PMI and 13 of which did not.

The researchers found that in the 19 countries in which PMI was implemented, the initiative was associated with a 16% decline in annual risk for all-cause mortality in children younger than 5 years. These countries also saw an increase in access to the 3 malaria prevention technologies they examined compared with those nations that did not receive the funding.

According to an accompanying editorial, the study “underscores that the anticipated benefits of effective aid include not only a reduction in the number of children dying in poor countries, but also, arguably, an investment in the well-being of Americans.”

Share this on WhatsApp
Newer Lethal Heat Waves Expected to Increase
Back to list
Older 11 Reasons to Have a Cup of Coffee RIGHT NOW!
close